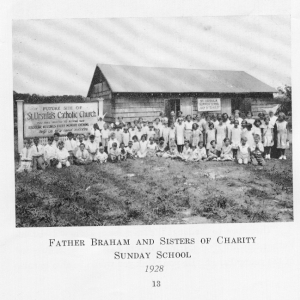 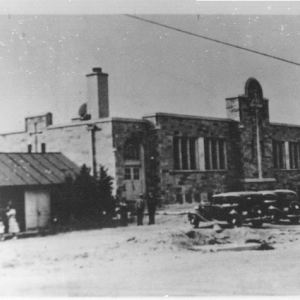 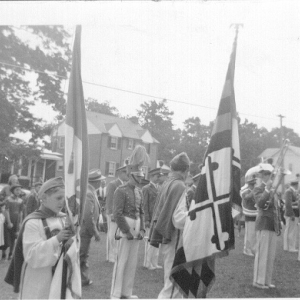 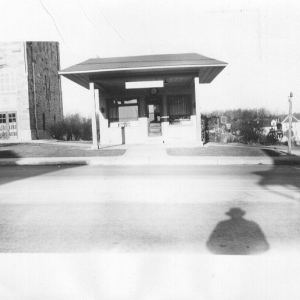 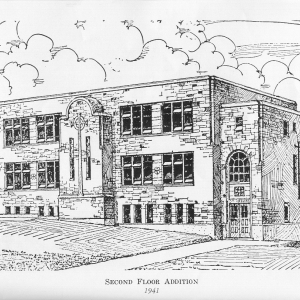 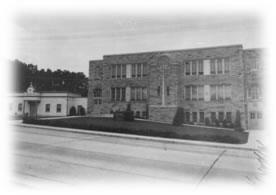 St. Ursula School opened on September 9, 1940, under the direction of Sister Rita Ursula and the Sisters of Notre Dame de Namur. During the first year of operation, there were 146 students enrolled in grades 1 through 3. The building itself was already being used as the church and rectory. A gas station, which was located at the corner of Manns Avenue and Harford Road, was purchased by the school and used as an additional classroom.

In 1941, the rectory was built and the priests were able to move out of the school. The addition of the rectory created four more classrooms on the second story. Property located at 9006 Harford Road was also purchased this year and used as the convent for Sister Rita Ursula, the principal and four other Sisters of Notre Dame de Namur. They had previously had to commute from their convent in Ilchester, MD daily, in order to teach. This remained their home for 13 years.

The school continued to grow. In 1946, the first class graduated from St. Ursula School. There were ten sisters and 542 students, with an average class size of 70 students per classroom. North and south wings were added to the original building in 1948. This created ten additional classrooms and two halls.

In 1953, the current convent was built to house the sisters and work began on the new church at the corner of Harford Road and Putty Hill Avenue. Although this allotted more room at the school, the space was quickly filled.

By the mid-1960s, enrollment peaked at 1,488 students. In 1968, an auditorium, kitchen, meeting rooms, storage rooms, and office were added to handle the increase.

In 1971, the Sisters of Notre Dame de Namur announced their decision to withdraw from St. Ursula School but continue to minister to the parish. Enrollment was decreasing, and there was fear that the school might close. Fr. McGowan, the Pastor at the time, made arrangements with the Sisters of St. Joseph of Chestnut Hill to administer and staff the school for the next thirteen years. Enrollment continued to increase and stabilized with a total student population of 400.

An Extended Day Program was also created in 1987 in response to a need from working families for a quality before-and-after school care program for the St. Ursula School students.

St. Ursula School continued to grow throughout the 1990s. In 1990, a full-time computer teacher was hired, and with the help of numerous parent volunteers, the entire facility was wired for the Internet in 1998. By the year 2000, 758 students were enrolled at St. Ursula School and being taught in a Catholic Christian environment by dedicated lay faculty.

In 2012, St. Ursula School added 2 full-time Pre-Kindergarten classes. The school computer lab was also renovated in 2012 thanks to a grant from the Knott Foundation.

Wireless Wi-Fi- was installed throughout the school in 2015 and was updated to fiber optics in 2016.

In 2016, mobile devices were available to all students through a generous Knott Foundation Grant. Chrome carts, with 30 Chromebooks each, were purchased for each grade level. iPads were also purchased for the Pre-K classes. Chromebook use has been implemented into the daily curriculum.